It’s not widely known that Primm is built directly atop an old mining operation, one of dozens scattered throughout the New Pegasus region. This was how the Powder Gangers managed to slip in past the NCR outpost and attack the town in recent days.

Most of the ruins have been blocked off or collapsed under the weight of years. But according to some older Primm residents, there are things living beneath their town, waiting for their chance to creep into the Primm night. New Appleloosa is one of the few small centers of trade still in operation with the conflicts raging through the desert. Located within an enormous strip mine and accessible only through tightly-controlled pathways through the dusty mountains, New Appleloosa remains one of the last bastions of civilization left on the outskirts of the New Canterlot Republic.

But dark rumors are beginning leak out of the frontier town of dealings with darker forces to the east.

While the name sounds innocent, it is the only thing innocent about this place. Built in the dust of a dried up lakebed in a box canyon in the depths of Appleloosa Valley, anypony with a lick of sense avoids this den of Slavers and Raiders. Little is known about the town as those who get too close are never heard from again.

In recent months however, slaver activity has increased dramatically. The NCR seems powerless to stop them. It’s almost as if the slavers inside Topaz Lake are preparing for something. If true, it can mean only bad things for those around New Pegasus.

Supposedly one of Stable-Tecs most technologically capable Stables. Outfitted with the communications equipment to connect every Stable in Equestria and to similar installations beyond. It was supposed to be one of the central hubs of the post-apocalyptic era. Only one problem: it wasn’t finished in time.

Two hundred years later, Stable 207 is rumored to be the home of the enigmatic DJ-PON3, one of the lone voices of sanity in the desert. But in the last few days, DJ-PON3 has suddenly gone mysteriously silent…

The old mining town known as “Bloodmane’s Pass” has recently become a hub of activity for Redeye’s Slavers. In the last several weeks, witnesses have seen groups roaming the wastes, searching for derelict cars, vehicles, old shacks and other assorted metal debris. All of this refuse has gone to the Pass.

Little is known about what Redeye is attempting to accomplish here. All that is known is it’s one of the few mining towns that might still have things to give…and may be still holding secrets waiting to be unlocked… 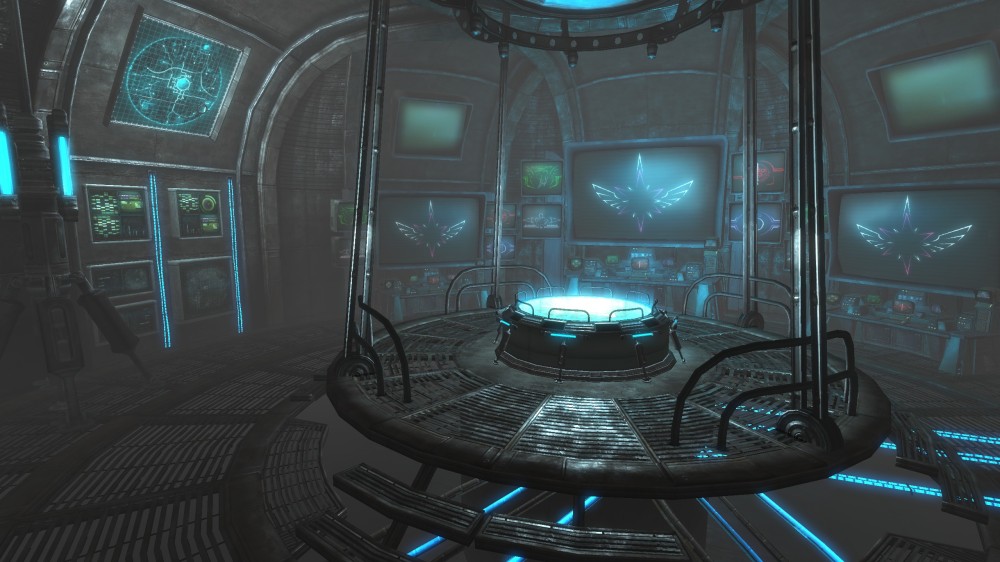 One of the greatest of the Enclave’s mighty Raptor “dragon-killers,” the Nimbus has a long history of perfectly-executed special ops and is home to some of the deadliest Enclave wetwork specialists. Captained by Colonel Vanquish, well-known for his fanatical devotion to the Enclave, this hovership has been the last thing many of the Enclave’s enemies have ever seen.

Some have reported seeing the infamous hovership cruising toward the Equestrian Southwest. Locals are on edge, hearing the whisper of Enclave driven engines above them in the dead of night. If the Enclave has arrived near New Pegasus, there is one thing for certain: they have a plan. And Enclave operations are rarely peaceful. 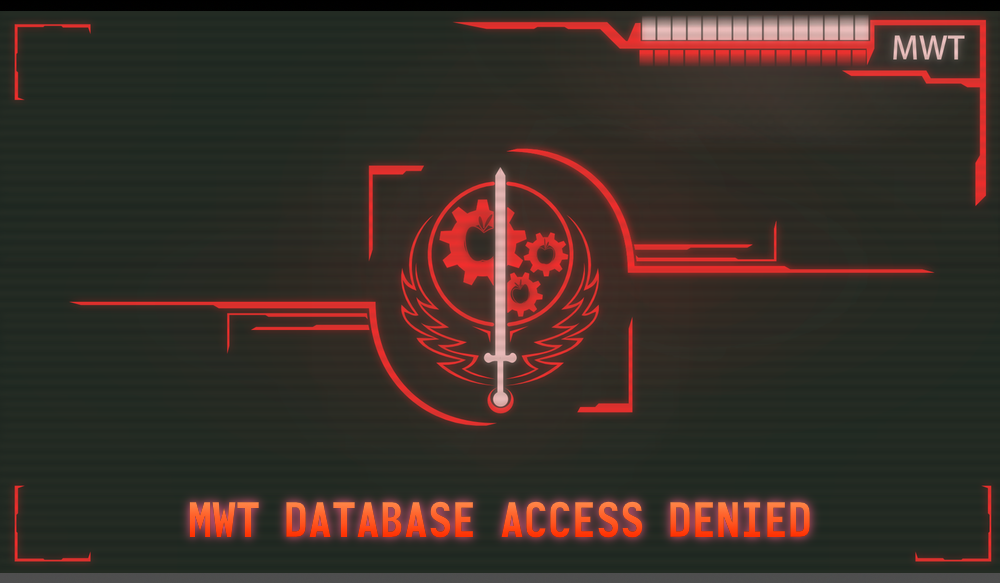 Deep in the desert around New Pegasus was an underground complex known only as “The Rock Farm.” A closely-guarded secret of the Ministry of Wartime Technology, the Rock Farm was home to some of the most advanced armor and weapon collaborations between the MAS and the MWT. In fact, early testing of the Steel Ranger power armor was performed here. Many of the magical energy weapons originally conceived at Maripony were crafted at the Farm.

Shortly before the end of the war, Princess Luna commissioned a unique series of armor and weapons based on the Ministry Mares themselves. The armor was supposed to go directly to the Mares themselves as Luna had become increasingly worried about potential assassination attempts on the Mares. The weapons, on the other hoof, were meant to go into full production as the newest and best of Equestrian weaponry.

Prototypes were completed of the HARMONY-series sets of armor, alongside a new variant of the Steel Ranger’s armor nicknamed the “AJ Ranger.” In addition, the DISCORD-Series weapons prototypes passed final inspection and testing.

But none of them would ever see combat. The megaspells began to fall even as the new technology was being packed into shipping containers.

Nopony knows exactly what happened to those in the Rock Farm even though Las Pegasus was spared the megaspell bombardment. Those attempting to gain access–and who manage to survive the attempt–speak of a host of a strange and deadly network of turrets, sentry bots and other defenses among the bones.

But what’s most disturbing is the reports they’ve given of oddly moving silent Steel Rangers and something similar to armored Shadowbolt Pegasi wandering around the ruins of the Rock Farm.

Anypony brave–or foolish–enough to break through the Rock Farm’s defenses would almost certainly find a treasure trove of advanced technologies.

The only question is if they would survive long enough to escape. Because nopony knows what still lies in the depths of the Rock Farm. 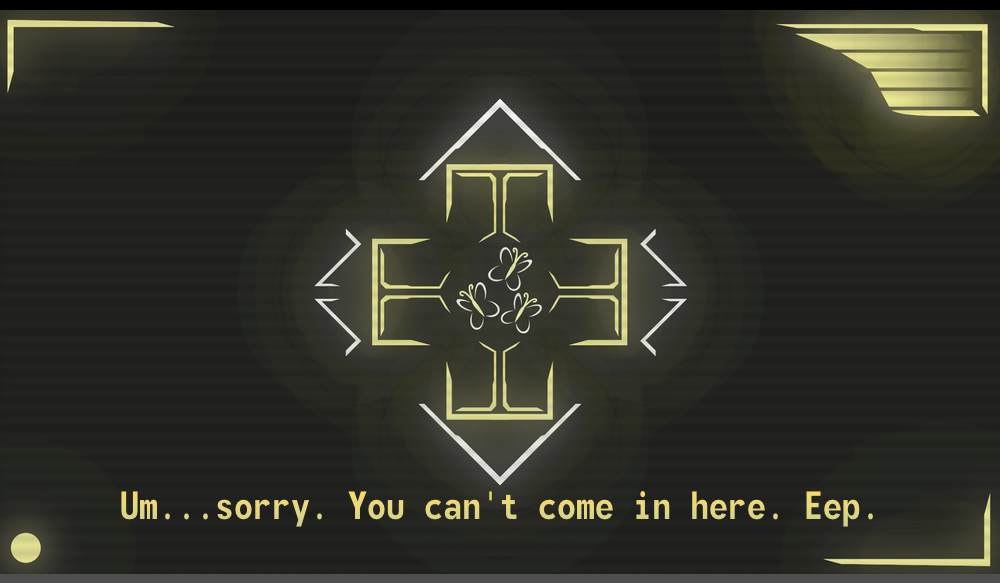 A place known only in superstitions and legends. Located in the depths of the canyons east of New Pegasus, it is one of the few places left that still has any sort of agriculture, though most of it has moved underground in enormous hydroponic bays.

Despite the promise of food and water, no one sane gets anywhere near the place. The mutated plants are said to be monstrous things ready to kill anything that comes too close.

But those are nothing compared with the rumors of a new cult formed around the charismatic leader of the Sanctum: Redeye himself. 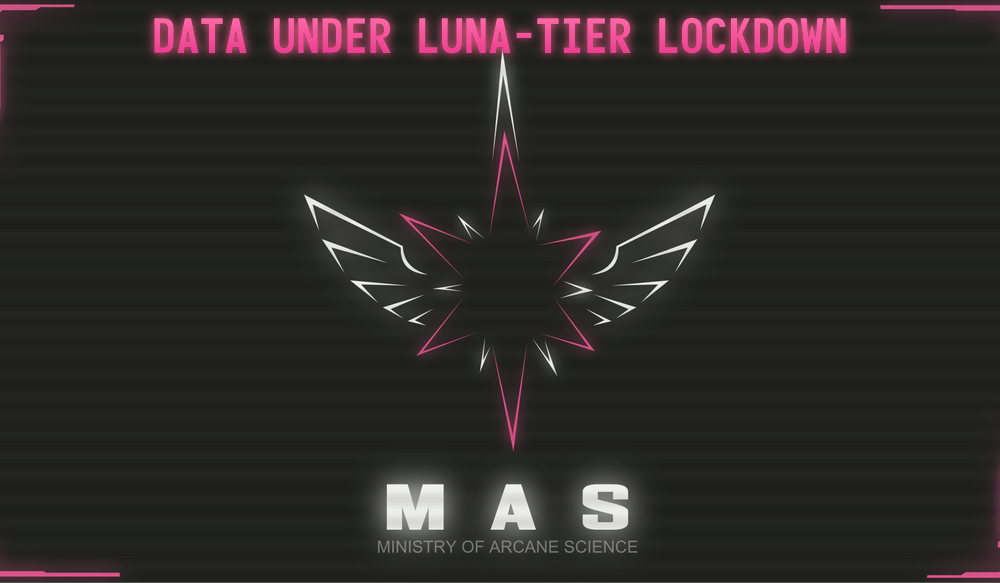 Five years before the end of the world, locals in the Las Pegasus area noticed strange occurrences happening south of the city. Odd lights, bizarre sounds and even objects appearing out of nowhere. It wasn’t until the Ministry of Arcane Science stepped in that the events suddenly stopped.

What the locals didn’t know was that the Ministry found something buried underneath the Mojave. Something that would change everything.

A secret that’s been waiting over two hundred years to be revealed.

A secret that in the wrong hands, could mean destruction for us all.

A secret that if left alone…will mean the destruction of us all.